For a friendly, reliable local removals company with a personal touch… Make It a Good Move!

In a hurry?
Use the quick quote form below!

As a Colchester-based removals firm we serve towns and villages throughout the county of Suffolk including:

We offer a range of professional and reliable removal services, including home removals, office removals and storage. In addition to these core services we can also offer assistance with boxing and packaging your goods for safe transportation.

We are accredited by the British Association of Removers and undergo regular audits to ensure our services meet the highest standards expected of the industry.

As members we continuously strive to offer real value for money to our customers. We believe our reviews which you can read above or through Reference Line are testament to this.

Ready to make the move? For friendly and reliable removals services to Ipswich with a personal touch… make it a GoodMove!

Contact us today using the phone number listed above or the quick quote form on your right to receive a free no obligation quote or to further discuss your requirements.

Why Choose Us for Removals to Ipswich?

Moving with GoodMove couldn’t be simpler. Our experienced and friendly team will be on hand to guide you throughout the process and will tailor your move to your time and budget.

We pack your belongings using a bespoke range of packing materials and deliver them right to your new home using our extensive fleet of vehicles. We can supply the following materials so all your items can be packed properly and avoid any damage in transit:

Once we ascertain the volume of effects being moved we will send you a free no obligation written quotation. If satisfied we will then provide you with a full schedule detailing every aspect of your move, ensuring everything runs smoothly on the day.

We also offer a range of flexible storage solutions should you wish to take advantage of them.

Why Move to Ipswich?

Ipswich is the fastest growing urban centre in the East of England and ranks highly both in terms of standard of living and employment prospects.

England’s newest university, the University of Suffolk, has its main campus on the recently regenerated Waterfront.

Once regarded as a grey provincial UK town, Ipswich has reinvented itself as a stylish and affordable commuter hub in the heart of Suffolk.

The town’s waterside regeneration has seen a much-needed injection of new life into the town centre. It contains several trendy quayside bistros giving the town a more cosmopolitan feel.

With no shortage of affordable properties on the market and lots of good local schools close by, Ipswich is seen as a desirable relocation destination.

Far enough from the major metropolises to have its own distinct character and feel but close enough to city life to not feel secluded and detached. Ipswich ticks just about every box in the modern assessment of living.

The average price for property in Ipswich currently stands at £283,919 (prices as of September 2021).

Ipswich is home to a vast array of different property styles. From 16th century terraces to plush new quayside apartments around the Waterside, there is a home for preference and budget.

The higher-priced properties tend to be located to the north side of the town centre, the new developments near the railway station and the outer suburbs, east and west.

The area around Christchurch park has a ‘mini-Hampstead Heath’ feel about it and properties come at a premium. It is favoured highly among families with easy access to the park and all its facilities, including tennis courts and the nearby Ipswich School.

More competitively priced properties can be found in the nearby villages of Whitton, Whitehouse and Chantry.

There is a soaring demand for school places in Ipswich where demand often outstrips supply.

Ipswich School is noted as one of the top ten independent schools in the Suffolk region and in the top 200 schools nationally.

An Ofsted ranked ‘Outstanding’ Sixth Form College named ‘One’ is located on the edge of Ipswich.

The college offers an extensive range of post-16 courses and technical qualifications including A Levels, BTEC Diplomas, Foundation Learning courses.

For more information on researching and finding local schools In Ipswich consult the Good Schools Guide. 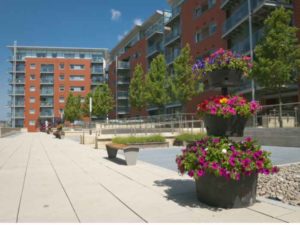 Ipswich has recently been listed as one of the ten best up and coming places to live in the UK by property magazine London Economic.

It’s not hard to see why either when you take into account its recently rejuvenated waterfront area and city park.

There’s also a wide range of affordable property currently on the market. 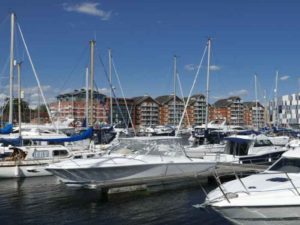 With bustling bistros and an eclectic range of cafes and restaurants to choose from, it’s a great place to come to on your lunch break or for an evening with friends.

A gentle cruise along the scenic River Orwell is a popular pastime with several options starting at the marina, from intimate candlelit dining to birdwatching expeditions. 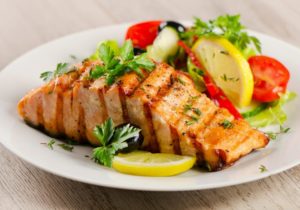 In recent years, Ipswich has also earned a name for itself as a real ‘foodies haven’.

From modern dining at Aurora on the waterfront, to the finest Asian cuisines at Aqua Eight, there is something to match every palate.

The Thomas Wolsey Pub is also a popular local watering hole, named after one of Ipswich’s most famous inhabitants. 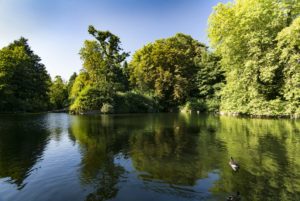 The county council recently received a £3.5m grant to refurbish Holywells park. As a designated  ‘park for pleasure’ covering a 67-acre conservation area it boasts a state of the art children’s play area designed around a galleon theme.

It was named ‘The Discovery’ after the ship which sailed to North America to found Jamestown in 1607. It’s a great day out for all the family with regular events organised here, as well as various nature trails to explore on foot.

If you want to escape, local beaches can also be found just a short distance away at Felixstowe and Dovercourt, with Frinton-on-sea just a short journey cross county.

When moving with us, we deal with everything from home survey, to boxing up belongings, to loading and unloading whilst protecting your invaluable possessions. By planning your Suffolk move, this frees you up to do the important stuff when it comes to moving home.

Unbeatable customer service, honesty and integrity are the linchpins of our mantra. That’s why we are proud to be members of the British Association of Removers (BAR), continually receiving superb customer reviews.

Contact us for a free home moving survey & quote.

Our experienced team of removals specialists have been relocating customers all over the world since 1984.

With a reputation for outstanding customer service, there's no better choice of removals firm for your next move.

Our friendly support team are always on hand to offer help and guidance, whenever when you need it.

Request a Call Back

Moving Home? Contact Us Today & Make It a Good Move!