Moving to Tallinn: The Capital City of Estonia 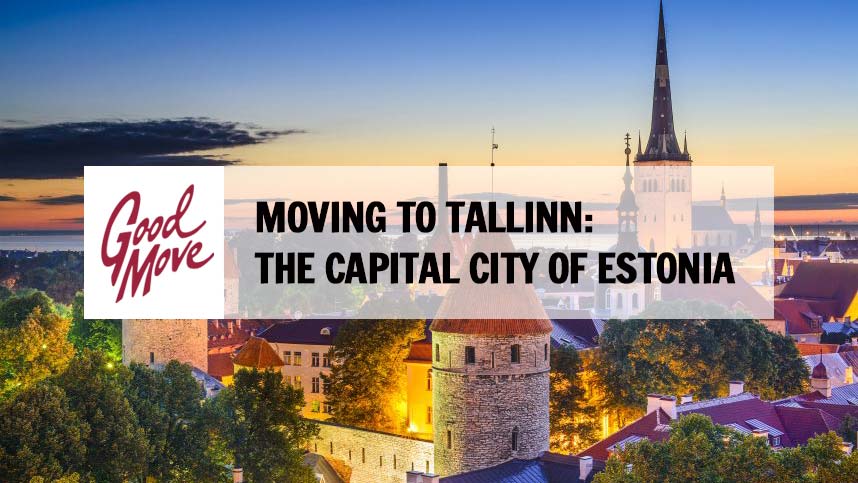 Moving to Tallinn: The Capital City of Estonia

Not many people have heard of Tallinn.

Rather, 90% of the World’s population likely didn’t know that Tallinn is the capital city of Estonia.

So, let me tell you a bit more about this beautiful place.

Located on the northern tip of Estonia, this populous city is crammed with history. Europe’s best-preserved medieval city is a Baltic fairy tale with red-tiled roofs, thick city walls and narrow stone-cobbled streets.

It’s the closest you’ll ever come to being thrust back to the 13th Century. After spending a few weeks here, you may never want to return to the high-rise skyscraper cities of the western world.

At this point, you should already be moving to Tallinn, but if you still need convincing, then hopefully the next few points will change your mind: 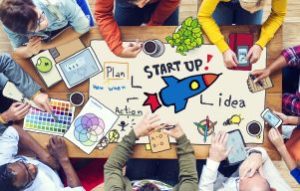 Estonia has recently been ranked as the 5th best country in the world for start-up businesses by NimbleFins. Boasting a higher score than the UK when it comes to adults with secondary and tertiary education.

With the introduction of the Startup Visa, Tallinn has seen an enormous increase in foreign workers. Only 51% of the population of Tallinn are Estonian. Being the start-up capital of the world, Tallinn is home to the most start-up companies per person globally.

Tallinn is quickly becoming the Eastern Europe version of Silicon Valley, and at an astounding rate. In the coming years, many more will hear of this small, technology-oriented city. Make sure you get here before the crowds do.

For its location in Europe, the climate in Tallinn is brilliant.

Summer appears between May and September, bringing with it an average temperature of 15-20oC. Pluviophiles, those who find peace and joy during thunderstorms and rain, will love Tallinn. Storms are a common occurrence in early summertime, usually appearing in the latter half of the day.

On the other hand, we have the snowy months that winter carries with it. Snow is the most excellent excuse to put the log burner on, brew some hot chocolate and watch the snowflakes tentatively drift towards a soft bed of snow. In Tallinn, snow plus fairy tale landscape equals… something out of a dream. 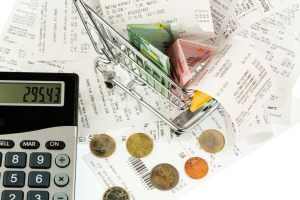 With the cost of living at over half the price of London, Tallinn is racing towards the future while remaining one of the most affordable cities in the world.

Moving to Tallinn from the UK, you’ll be unsure whether it’s the medieval town or the rent prices that make your jaw drop. Living becomes far more reasonable, with rent roughly 70% less than London and consumer products, approximately 33% less.

Being a resident of Tallinn means you are entitled to free public transport throughout the city. All you need is a personalised smart card and an ID.

Long fighting for their freedom from Russia, 1920 saw Estonia granted their independence. Then came along World War II, and with-it Estonia suffered occupation once more. This lasted until the fall of the Soviet Union in 1991 when Estonia gained its freedom once again.

This stunning country has persevered through occupation throughout its history, and the will of the people is a testament to the city of Tallinn. Moving to Tallinn will mean yourself and your family will live a safe and luxurious life. 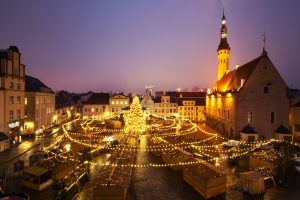 No.1 Christmas Market in Europe

The season of winter completely changes Tallinn. With the arrival of snow, an extra touch of magic enters the city.

Old Town Hall Square is not only a UNESCO World Heritage Site; it is also home to the alluring annual Christmas market. ‘The Best Christmas Market in Europe’ is a title not easily obtained, but when you see Tallinn’s Christmas market, you understand why.

Christmas, snow and hot-chocolate all combine to make your Christmas, here in Tallinn, the best ones you’ll ever have.

As you’ve just learnt, Tallinn is the next up-and-coming city. Now that you’ve decided you’re moving to Tallinn, it’s time to figure out how to get you there.

Providing a fast, convenient and highly efficient house removals service that works around you and your family, GoodMove has over 35 years’ experience handling removals throughout the UK and Europe.

Our customer-driven approach to removals has earned us critical acclaim. We believe our written testimonials, which can be found on Reference Line, are our testament to the service we deliver.

We also offer flexible self-storage options to our customers either as part of a tailor-made removals package or as a standalone service.

To find our how GoodMove’s removals service can work for you don’t hesitate to contact us on the number listed above or use the quick quote form.